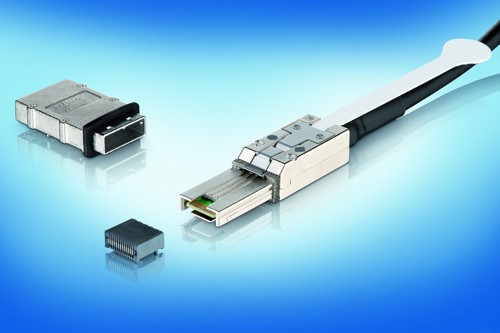 Creating significant news for data storage OEMs, system builders and end-users who are seeking fast, flexible and reliable data access, the SCSI Trade Association (STA) (http://www.scsita.org/) today announced the definition and standardization phase of 12Gb/s Serial Attached SCSI (SAS) technology is progressing as anticipated. STA, a non-profit industry association established to support and promote SCSI technology, also noted that the development and testing of components such as cables, connectors, protocol analyzers and controllers based on this new generation of SAS for storage solutions has begun in earnest.

“By doubling the data transfer rate with 12Gb/s SAS, the industry improves SAS’s dollars/gigabit/watt consumed, making it one of the most efficient, high-performance interconnect solutions for a broad class of enterprise storage solutions,” said Harry Mason, director of Industry Marketing, LSI, and president of STA. “Due to its flexible architecture that maintains forward and backward compatibility, SAS has proven its ability to expand while maintaining its ability to protect legacy storage investments.”

The recent STA Plugfest held September 19-23, 2011, at the University of New Hampshire InterOperability Laboratory saw new features such as 12Gb/s SAS begin to unveil themselves. STA will be hosting a Plugfest devoted entirely to 12Gb/s SAS in 2012, and expects the release of 12Gb/s SAS products in production volumes in 2013.

As the key enabler of enterprise computing encompassing everything from big data to data centers, public and private clouds, virtualization and storage-as-a-service, SAS has a robust technology roadmap beyond 12Gb/s that will continue to push the envelope on higher speeds and increased level of functionality, while maintaining forward and backward compatibility with legacy products.