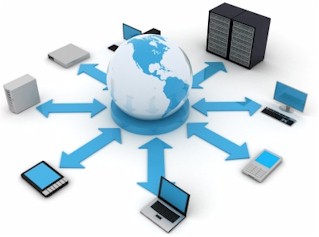 Most of the major factors driving adoption of the Cloud Computing concept by companies in Brazil are the same ones that boost more mature markets such as the USA and Western Europe. Fortunately for the Latin American and Caribbean region, countries such as Brazil, Colombia and Chile were not so effected by the economic crisis as some other economies, prompting initial Cloud Computing investments already in 2009. The implicit cost reduction that the Cloud Computing pricing model suggests is seen by both CIOs and CFOs as one of the strongest drivers in the Latin American and Caribbean region. The decision to explore Cloud and other hosted options is primarily driven by economics.

Overview:
Cloud computing is a flexible and scalable, shared and/or private environment in which third-party suppliers or in-house architectures use virtualization technologies to create and distribute computing resources to customers on an as-needed basis, via the Internet browser.

The cloud computing model can have the following structures:

In the enterprise segment, a series of case studies describing the successful implementation of cloud computing architectures was marketed by IT manufacturers and service providers in 2010, aiming to expose the benefits of investing in this architecture. In Brazil, a majority of software vendors and IT service providers have been investing in order to market their capabilities and experiences with clients from different business verticals.

Even in more mature IT markets such as the United States and Germany, the cloud computing concept is still in a developing stage; as a consequence, global IT market participants are working to develop cost-effective solutions and services to be offered to the enterprise segment.

The most common cloud computing solution in place in Brazil relates to applications, particularly e-mails and customer relations management solutions. In addition, when compared to the Colombian market, for example, the platforms and infrastructure levels had a much higher penetration of the cloud computing concept in Brazil in 2010.