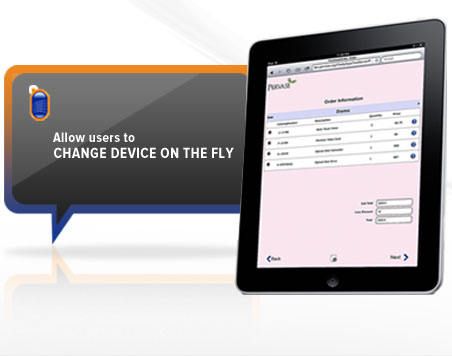 Chatty Solutions, a start-up founded by serial software entrepreneurs on their third successful run, announces the release of Chatty Apps, a hosted platform for the rapid development and deployment of mobile apps for three major platforms, namely Apple iOS, Google Android and Windows Phone. Empowered with the integrated building blocks of Chatty Apps, such as a rules designer/engine, extensible data model, and formula calculator, power users and developers can reduce mobile form and mobile app development time from weeks to days.

“We were able to create a mobile auto loan application integrated with the banking system of one of our banking customers in a matter of days,” said Kay Winkler, Partner and Managing Director of NSI Solutions, a Chatty Apps reseller in Panama focused on the banking industry. “Chatty Apps not only produces cross-platform mobile apps but also eliminates the need for programming or scripting which are the most time consuming and costly.”

Chatty Apps is a 4GL development platform that accelerates Android and iPhone app development and mobile form creation by providing the essential building blocks of robust applications. No other product in the market today includes all the building blocks provided by Chatty Apps for developers and power users to use by simple drag & drop linking and configuration:

In addition to rapid mobile app development without programming, Chatty Apps has a number of features ideally suited for the way mobile users work. Mobile users can stop working in the middle of a task without losing data. Interruptions do not result in the user having to start all over again. Users can start their work using the device that is appropriate for the moment. Unable to finish the work, they can stop and restart later using a different device that is appropriated for the new situation. The user interface is dynamic and optimized for each device. This unique capability enables them to use the device that is most suitable for the situation, as demonstrated in this video presentation.