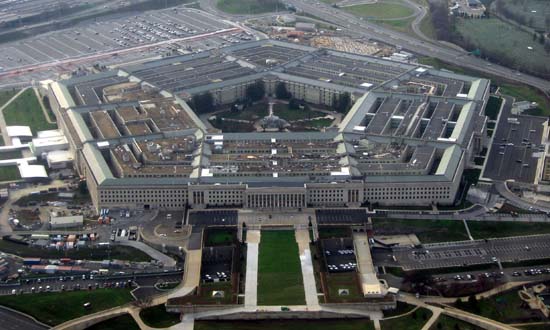 Defense Department officials are looking to balance efficiency, effectiveness and security while moving away from the department’s decentralized network of computer servers and data centers and into “cloud” computing, the DOD’s deputy chief information officer said Sept. 7.

“We must balance all three,” said Robert J. Carey, who is also the deputy assistant secretary of defense for information management, integration and technology. “We have to serve the information needs of our warfighters, as well as the people back here in the ivory towers.”

Carey, who is also a Naval Reserve captain, spoke at the Defense Systems Summit 2011, an information technology conference held here. He told the audience, made up largely of defense contractors, that budget restrictions and the need for better efficiency is driving the department and military services to move toward cloud computing, which provides an Internet-based forum for information to be pooled among many users.

“Stovepipe solutions … cannot be afforded any more,” Carey said. “That is not going to happen. We are hacking through some of the challenges of employing this technology.”

Some of those challenges, he said, are how to operate securely in a commercial, rather than a government, setting; giving U.S. Cyber Command members the ability to identify and respond to emergencies; and determining who manages the data in real time.

The department has many cloud-computer pilot programs, and has ramped up its standardization and consolidation of its computer infrastructure, such as servers, data centers and security architecture, Carey said. The department’s data centers are being used at less than 15 percent of capacity.

Officials are determining which information, based on importance and security needs, should be consolidated in core data centers, Carey said. The department plans to release initial guidance this fall on a strategy to maximize data centers at 75 percent capacity.

The military services have led the consolidation effort, he added, and the department will follow.

“We’re not interested in creating new standards and making (the services) change,” Carey said. Rather, Pentagon officials will use the services’ best practices to formulate implementation throughout the Defense Department.

“If someone has cracked the code, we’re all over it,” he said, noting that other agencies, such as the General Services Administration, have had “tremendous successes, but also some challenges” in converting to cloud computing.

A typical military installation may serve 50,000 users, Carey told the audience. “That makes our world complex,” he said, “and everything needs to be thought through well.”