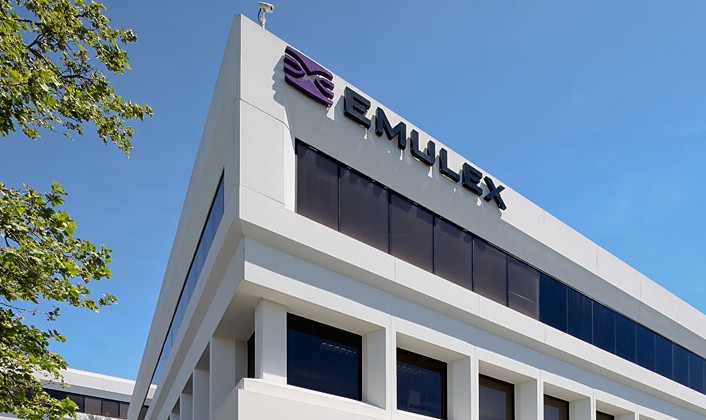 Emulex 16GFC adapters are built for the most demanding cloud and virtualized environments and have unsurpassed field-proven reliability with over 12 million ports shipped worldwide to date. Emulex 16GFC adapters are the highest performing adapters on the market today, delivering more than a million IOPS on a single port1 and slashing the response time by 75 percent compared to its 8GFC predecessor.2

“Windows Server 2012 is designed for the evolving data center that is transitioning from virtualized to shared public or private cloud environments. The ability to process data efficiently with visibility throughout the infrastructure is now a crucial success factor for achieving desired virtual machine (VM) densities,” said Sandeep Singhal, general manager, Windows Networking, Microsoft. “Emulex is supporting this evolution with high performance connectivity solutions for Windows Server 2012 that provide tight integration and compatibility with existing infrastructures and promote the transition to software-defined networking.”

The development of Network Virtualization using Generic Routing Encapsulation (NVGRE) is another area in which Emulex is collaborating with Microsoft. The NVGRE protocol enables overlay networks, which allow virtualized workloads to seamlessly communicate or move across server clusters and data center boundaries. NVGRE has been designed to enable the efficient and fluid movement of virtual resources across cloud infrastructures in order to pave the way for large-scale and cloud-based VM deployments. Demand for overlay networking is being driven by the need to reduce the costs of deploying and managing virtualized server workloads and hybrid cloud deployments. At TechEd 2012, Emulex and Microsoft showed a prototype FPGA technology demonstration of NVGRE.