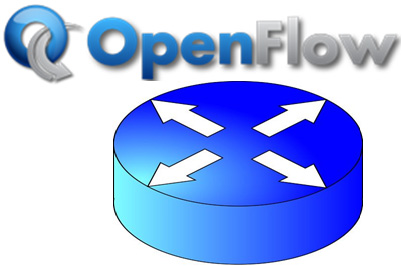 The Open Networking Foundation (ONF) announced today the Board’s approval of OpenFlow Switch Specification Version 1.2 – the first update of the OpenFlow Software Defined Networking (SDN) standard since the ONF’s launch in March, 2011. The new release builds significantly on Stanford University’s Version 1.1 in a number of ways, including support for IPv6, extensible matches, and greater flexibility for ongoing experimentation. Also announced today was the appointment of NTT Communications to the ONF Board of Directors, and the ONF’s membership passing the 50 mark after just eight months.

“ONF continues to grow globally, with Korea Telecom and Spirent Communications our latest members” says Dan Pitt, ONF’s Executive Director. “There is a shared vision of OpenFlow as the vital foundation upon which a dynamic, policy-based orchestration layer is being created – allowing processes to be defined on the fly and deployed automatically to deliver agile, scalable cloud services to a satisfy a wide range of user needs in every geography.”

Software Defined Networking using the OpenFlow standard addresses the challenges faced by service providers, data-center operators, and enterprises in aligning the network with an increasingly dynamic and customized computing infrastructure. OpenFlow defines a communication protocol between a logically centralized control plane and the network’s data delivery plane, together with a standardized network management interface potentially allowing, for example, a data-center network to be made as flexible and responsive as the virtual servers that it supports.

With other working and discussion groups actively engaged on a number of related enhancements, further significant updates to the OpenFlow specification are anticipated throughout 2012.

About the Open Network Foundation (ONF)
Founded in 2011 by Deutsche Telekom, Facebook, Google, Microsoft, Verizon, and Yahoo!, the Open Networking Foundation (ONF) is a nonprofit organization with over 50 members whose goal is to rethink networking and quickly and collaboratively bring to market standards and solutions. ONF will accelerate the delivery and use of Software-Defined Networking (SDN) standards and foster a vibrant market of products, services, applications, customers, and users.