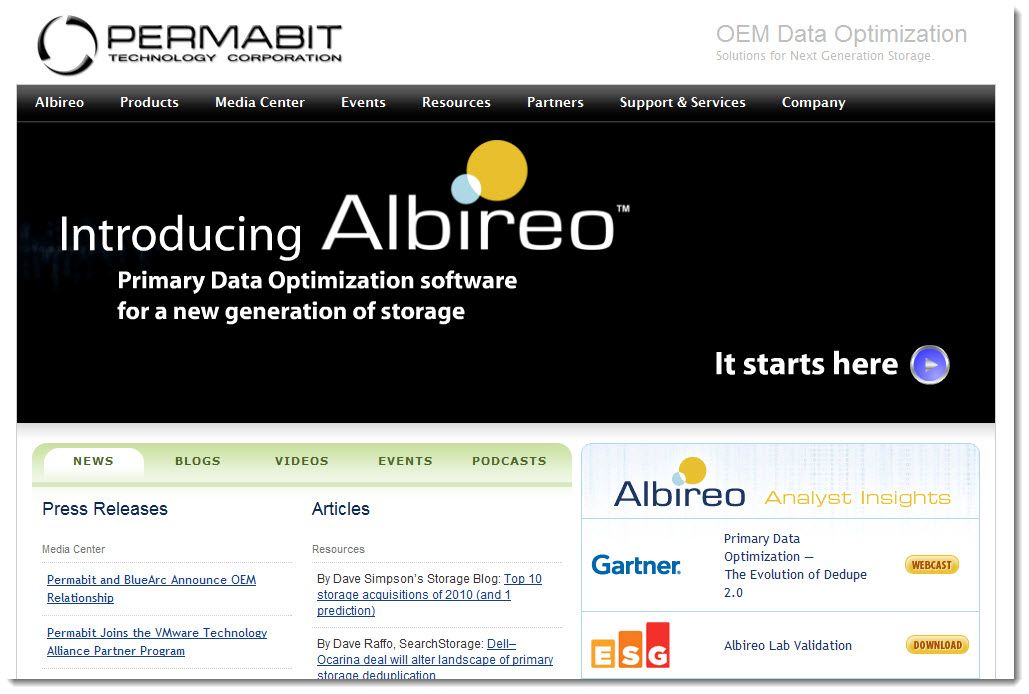 Permabit Technology Corporation, the leader in the development and delivery of OEM embedded Data Optimized Storage, today announced they have been awarded four new patents and looks back at a year of innovation and further development of their High Performance Data Optimization Software, Albireo. The deduplication engine was created for hardware and software storage OEMs and is the first and only embedded OEM data optimization solution that enables deployment of sub-file deduplication without negatively impacting storage performance.

Permabit is pleased to announce that it has been awarded four new patents by the US Patent and Trademark Office, for a total of eight in 2011, bringing the total number of patents issued to the company to 27. These patents cover areas of technology including data deduplication, loud storage, data protection and archive. US Patent Nos. 7,979,397, 7,979,771, and 7,987,197 all cover methods for protection and retention of information, and US Patent No. 8,055,628 covers a broad class of new, efficient technologies for erasure coding, an advanced form of data protection. Permabit’s extensive storage patent portfolio includes the use of data fingerprints, hash–based deduplication for scalable file and object data storage, encrypted deduplication, snapshotting, and many other features of the company’s Scalable Data Reduction™ (SDR) and Albireo OEM data optimization technologies.

Permabit kicked off 2011 by announcing the third generation of Albireo with Virtual Data Optimizer (VDO), providing a complete, ready-to-run solution for Linux-based storage OEMs. Albireo raised the deduplication bar even higher in August when it reached industry leading performance of over 400 GB/second in a test environment, surpassing by 2.5 times the previous 77GB/sec performance number announced in October 2010. Later this year, the company introduced expanded API enabling Dedupe Everywhere, allowing Albireo to interface with any storage product, operating system, database or application and eliminating duplicate data from the creation point to tiered primary storage and backup.

In May, Permabit was honored by Network Products Guide and named Innovative IT Company of the Year in their 6th Annual 2011 Hot Companies and Best Products Awards and the organization also named CTO Jered Floyd a finalist in the CTO of the Year category, honoring his work developing and implementing Albireo, which was separately honored for its scalability as a finalist in the Storage Solutions category.

Company Executives were busy this fall speaking at several different industry events. CEO Tom Cook presented on a Disruptive Technologies Panel at the ExecEvent and spoke about data growth issues on a Data Center Panel at America’s Growth Capital Conference. CTO and Founder Jered Floyd was featured at two SNIA events, SDC 2011 and SNW Fall. At SDC, Jered hosted a presentation on “Understanding Your Primary Storage Optimization Options” and was a panelist on “Primary Data Optimization: What It Should Be” at SNW Fall.

“We really hit the ground running in 2011, with a number of product enhancements, speaking sessions, and awards and accolades,” said Tom Cook, CEO of Permabit. “We’re looking forward to the year ahead where we plan on shipping Albireo with several OEM partners.” 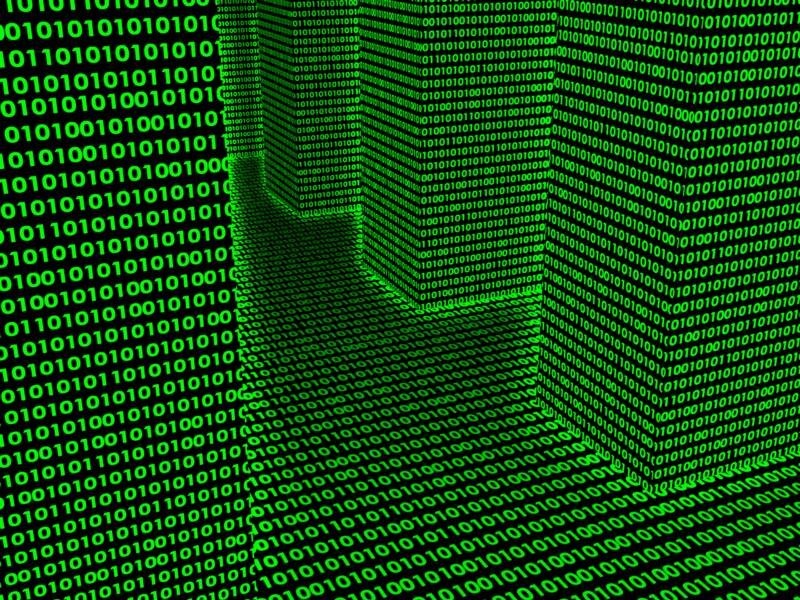 Extracting Relevance from Mountains of Data