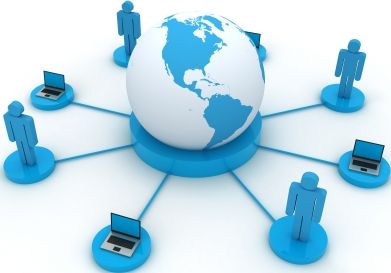 A survey of information technology (IT) decision makers around the globe found that the shift to cloud computing is driven primarily by a desire to connect employees through the multitude of computing devices in use today. Turning conventional wisdom on its head, 33 percent of survey respondents cited accessibility to information through multiple devices as the most important reason for their decision to adopt cloud computing.

Rounding out the top motivating factors of cloud adoption within the enterprise were accelerating the speed of business, which was the choice of 21 percent of respondents, and cutting costs, with 17 percent citing it as most important. In the United States, the trend among small businesses was even more pronounced, as nearly half, or 46 percent, of small businesses cited information access through a multitude of devices as the most important reason for adopting the cloud, while 10 percent of small businesses cited cutting costs.

These key findings were among the most prominent from a global survey of 3,645 IT decision makers on cloud computing usage trends conducted by TNS, an independent research company, and funded by CSC (NYSE:CSC). All survey respondents had experience implementing cloud computing within their organizations. Representing an even distribution of small, medium and large private and public sector organizations, the survey respondents were from eight countries — Australia, Brazil, France, Germany, Japan, Singapore, the United Kingdom and the United States.

Other key survey findings include:

For the purpose of the survey, cloud computing was defined as a general term for anything that involves delivering hosted services over the Internet and promotes convenient, easy access and rapid provision with minimal management or service provider interaction. Its five essential characteristics are: (1) on-demand self-service, (2) broad network access, (3) resource pooling, (4) rapid elasticity, and (5) measured service.