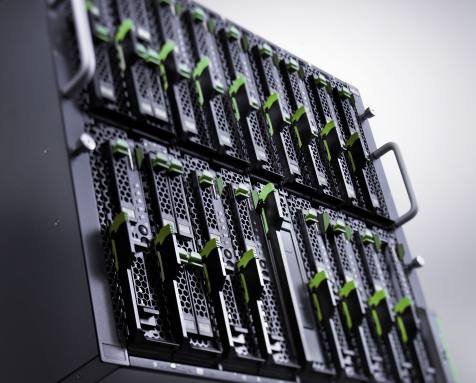 Intense demands for network efficiency and lower operating costs are driving the phenomenal growth of virtualization. Yet despite outstanding virtualization technologies, the ability to effectively share resources in virtual environments runs into three barriers:

A new product from Diskeeper Corporation, V-locity® 2, optimizes the virtual platform using the new InvisiTasking® technology that operates invisibly and without system resource conflicts. Then utilizing IntelliWrite® technology, V-locity 2.0 also prevents most fragmentation from ever occurring. When fragmentation does happen V-locity puts the fragmented files back together into one piece so that the files are more immediately accessible while also consolidating free space. In so doing, it minimizes unnecessary I/Os passed from the operating system to the disk subsystem, beating all previous standards for I/O performance and reliability.

“One of the key areas to any good virtualization project is performance optimization. Some folks tend to focus their optimization efforts around CPU and memory, but fail to consider the effects that virtual machines and file fragmentation can have on a virtual environment. Defragmentation can considerably help with disk latency issues and relieve many of the pressures and bottlenecks associated with consolidating disk I/O channels.” David Marshall, VMblog.com

Besides being susceptible to I/O performance degradation, the virtual system is hurt by the accumulation of unusable space. Virtual platforms can develop free-space “holes” that under normal circumstances will never be reused. This wasted space unnecessarily hastens the need to purchase or allocate more physical storage. It happens because, over time, Thin or Dynamic disks only grow; without help they never shrink, even if data is deleted. The “holes” left by removed data are still there, taking up space on the host file system that could otherwise be allocated for other virtual machines (VMs).

The host virtualization server’s file system — VMFS for VMware ESX Server, or NTFS for Hyper-V — has to be able to contain all the VM files for every VM that is hosted. A VM file can be preconfigured to its full size from the start. This is called Thick Disk in VMware’s terms and Fixed Disk by Microsoft; it’s the default and the most popular setting. But this setting automatically eats up each file’s limit in storage space, even if the file is only filled with data to a quarter of its capacity.

The alternative is a better option for saving space: use of the Thin or Dynamic Disk setting, which sets the space consumption of the file to the actual file size. Files can grow or can be added as needed. The only problem with Thin/Dynamic disks is that deleted files aren’t really deleted; they’re simply marked as space that is unavailable for writes. This is why the Thin or Dynamic disk will only grow, and never shrink — unless it has some help.

V-locity was designed not only to improve I/O performance, but also to remedy the over-expansion of VM files. It has a Virtual Disk Compaction feature that provides graphical information about wasted or unused free space within dynamic virtual hard disks. And it has a one-click capability to compact the space-wasting virtual disk files. By returning “holes” to usability in the virtualization host’s file system, it permits users to recycle the unused space on one VM for use in others. It permits the most efficient space usage possible, to keep storage hardware budgets lean.

Better performance and better storage space utilization are both elements of the efficiency promised by virtualization. Sharpening efficiency in both of these areas can result in off-the-charts delivery on the virtualization promise.