Accelio eliminates the common constraint of hardware caching solutions such as SAN, NAS and caching appliances that are downstream from the host and have no visibility into the source of the data they are caching. Accelio learns what is most important to cache by being right in the guest OS/virtual machine making the requests and redirecting them to Flash/SSD, also located in the host, eliminating latency associated with traversing the network. This dramatically accelerates those requests as they no longer need to be sent to external storage or caching appliances and can take advantage of SSD/Flash or PCI-based devices to deliver I/O responses at near memory speeds.

I/O bottlenecks in virtualized environments are responsible for poor efficiency and application latency, sharply increasing cost and complexity. Typical approaches to address the I/O bottleneck include adding more storage, either spindles or solid state, but this has proven to be very expensive and greatly increases management complexity, neutralizing any savings from virtualizing or consolidation. Accelio software addresses the issue at the source of the problem, i.e., at each virtual machine, increasing application performance and throughput, host server utilization for higher VM density, improving overall storage performance, and providing optimum control for managing I/O.

While many enterprise-class storage providers offer automatic tiering with data migration to and from the SSD storage, these solutions incur additional storage network latency and add to an already stressed storage array. Accelio software eliminates this problem by intelligently and automatically directing I/O requests away from overburdened primary storage to SSD/Flash for the most frequently accessed and critical data.

Even as CPUs get faster with increased cores, the storage I/O capability of virtual servers has not kept pace. This is preventing companies from achieving more cost-efficient, higher virtual machine densities that are possible when I/O bottlenecks are removed. With this breakthrough technology, IO Turbine ushers in a new memory-to-storage architecture that delivers a more efficient I/O path, suitable for virtualizing I/O intensive applications and handling greater VM density.

IO Turbine’s Accelio software is application transparent and intelligently automates the caching of hot data to SSD/Flash storage, delivering extreme performance for enterprise and mission critical applications. It is the only solution to dynamically reallocate SSD/Flash capacity across all virtual machines on the host to maintain 100 percent SSD/Flash utilization. Due to this functionality, users can now implement VMware’s vMotion to full benefit, moving VMs between physical machines at will. Accelio provides granular performance acceleration at the file, volume, and disk level and can be tuned for specific VM requirements. Accelio is the only solution to provide this level of granularity and I/O control.

The innovative Accelio architecture was designed to be flexible enough to support virtualized and non-virtualized environments. Deploying Accelio on a non-hypervised server with SSD/Flash provides many of the same benefits including increased application performance, granular control at the file, volume, and disk level, offloading I/O from primary storage to performance-optimized SSD/Flash, and reduced spindle count for primary storage. Architected to work transparently with existing infrastructure, Accelio is designed to be hypervisor agnostic, SSD/Flash device agnostic, and storage system agnostic.

“Read and write caching can substantially improve VM performance and increase consolidation densities for both virtual server and virtual desktop workloads,” said Chris Wolf, Research Vice President, Gartner. “Storage I/O acceleration in virtual environments is not a checkbox. Significant variations exist among solutions that tightly integrate with the hypervisor and those that run as bolt-on appliances. Integration capabilities, performance overhead, and acceleration granularity are all important considerations when evaluating solutions that work to solve increasingly critical I/O caching and acceleration
requirements.”

“Accelio is a game-changing solution that transforms the economics of using SSD/Flash by enabling more applications to be deployed on virtual machines without the I/O performance limitations of conventional virtualized environments and providing 100 percent SSD/Flash utilization,” said Rich Boberg, Chief Executive Officer at IO Turbine.

“IO Turbine has removed a major hurdle and allowed us to unleash the full power of VMware to optimize the performance and hardware utilization of servers in our NextRack Virtual Datacenter,” said Gary Lamb, CTO at NextCloud, a state-of-the-art regional cloud service provider and co-author of the book Deploying the VMware Infrastructure. “With Accelio software we saw a 4X performance improvement without any tuning of the Accelio software.”

“Because Accelio is SSD/Flash agnostic and storage system agnostic we were able to run it in our existing hosting infrastructure with no special requirements and see a substantial performance increase in our virtualized applications when running Accelio. We see this is as a complete ‘game-changer’ in the storage optimization space,” said Dave Brewer, Founder and CEO, BC Networks, Inc., a leader in Managed IT Services for small businesses. 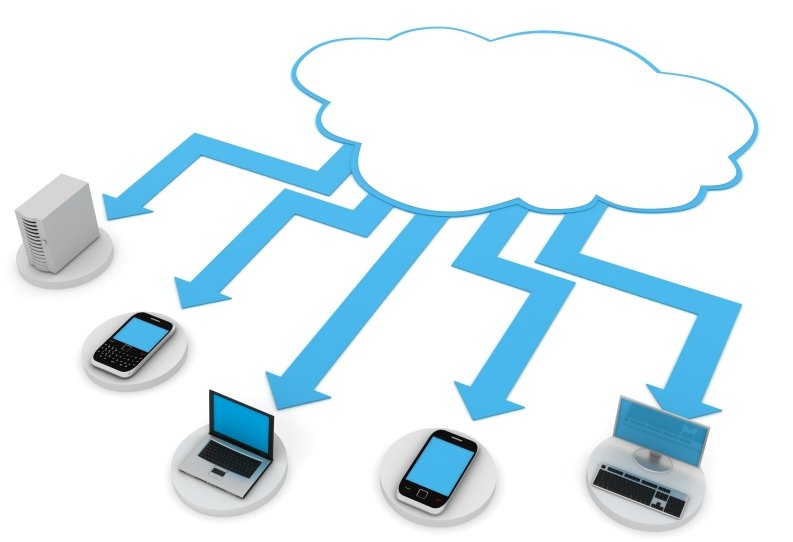