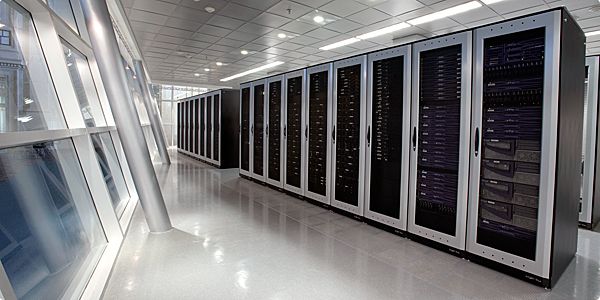 JaguarPC, a market-leader in shared hosting, reseller web hosting, Virtual Private Servers (VPS hosting), and dedicated server hosting, announced today the implementation of the CloudLinux operating system (OS) to further improve server stability. Working alongside the policies and practices that JaguarPC already has in place, the deployment of this new operating system specifically designed for use in shared hosting environments provides customers with peace of mind that their web presence is in good hands.

“Across every element of JaguarPC’s services, we are continually looking for ways to become even better,” says Greg Landis, CEO at JaguarPC. “One of our ongoing concerns is that some shared hosting customers might suffer if one of the other users, who shares their hardware, places too much demand on resources, through misuse or natural growth in popularity. We have investigated a number of different methods to protect our users from this problem, and CloudLinux came out with the best results.”

Also known as “web hosting,” a shared hosting service is the standard choice for most startup businesses or individuals looking to establish themselves online. In early stages, traffic levels and content types require fairly limited use of system resources such as bandwidth, RAM, disk space, and processing power. With several accounts hosted on the same hardware, shared hosting plans are a cost-effective way to launch a web presence and begin the process of building an online reputation. However, as a business grows and web presence demands change, there is a necessity to use increasing amounts of system resources, which, in turn, can result in a noticeable loss of service quality for any other customers hosted on the same server. CloudLinux OS is a variant of the popular Linux operating system that is specifically designed and built for the purposes of web hosting, with kernel-level functionality to control potential overuse of resources from occurring and impacting other accounts.

“With CloudLinux, every one of our shared hosting accounts has a definitive resource limit that can’t be stretched under any circumstances,” says Landis. “This completely removes the possibility of unpredictable spikes in traffic or system usage causing problems for other accounts, regardless of how many different users share your hardware. Even better, our customers will only notice the changes we are rolling out because their server will be more stable. When it comes to usability and convenience, CloudLinux works just like CentOS or any of the other major Linux builds.”

The dependability of CloudLinux web hosting also brings with it some benefits for JaguarPC’s growing number of reseller web hosting users. As a direct result of increased server stability, hosting resellers are able to more confidently deploy a larger number of accounts per server, maximizing revenue levels without needing to compromise performance or quality of service. In addition, CloudLinux reseller hosting plans are likely to decrease the overall number of calls for support that resellers receive from their customers, thanks to continued compatibility with the convenient cPanel control panel software, and decreased likelihood of service degradation at any point.

“In the 13 years since we were founded, we have always focused on delivering excellent customer service,” says Landis. “But we know that achieving this goal depends on keeping up with the latest improvements in technology that our customers could make use of. With CloudLinux, we have finally found an operating system that can give our shared hosting customers complete peace of mind that they won’t suffer the consequences of somebody else’s resource abuse. As we roll out CloudLinux OS across the network, we are confident that our customers will see the increased server stability for themselves.”

Having built its reputation on outstanding customer care, JaguarPC has grown to become a key web hosting provider with satisfied customers all around the world. Now, by adding the stability of CloudLinux OS to existing services, including 24/7 customer support, JaguarPC is ready to give its customers yet another reason to put their trust – and their web presence – in the hands of JaguarPC shared hosting.