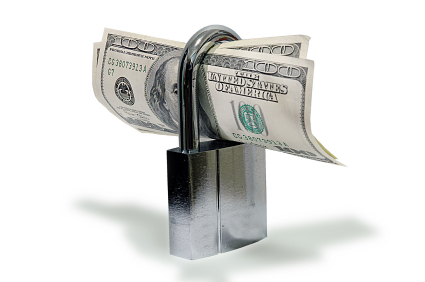 Peter Sondergaard, senior vice president at Gartner and global head of Research, provided the latest outlook for the IT industry today to an audience of 8,500 CIOs and IT leaders at Gartner Symposium/ITxpo, which is taking place here through October 20.

“The days when IT was the passive observer of the world are over. Global politics and the global economy are being shaped by IT,” Mr. Sondergaard said. “IT is a primary driver of business growth. For example, this year 350 companies will each invest more than $1 billion in IT. They are doing this because IT impacts their business performance.”

Mr. Sondergaard said two-thirds of CEOs believe IT will make a greater contribution to their industry in the next 10 years than any prior decades.

“For the IT leader to thrive in this environment, IT leaders must lead from the front and re-imagine IT,” Mr. Sondergaard said. “IT leaders must embrace the post-modern business, a business driven by customer relationships, fueled by the explosion in information, collaboration, and mobility.”

This new era brings with it urgent and compelling forces. They include: the cloud, social, mobility, and an explosion in information.

“These forces are innovative and disruptive just taken on their own, but brought together, they are revolutionizing business and society,” Mr. Sondergaard said. “This nexus defines the next age of computing. To understand this change, you must appreciate each of the forces.”

“What supply chain models did to manufacturing is what cloud computing is doing to in-house data centers. It is allowing people to optimize around where they have differentiated capabilities,” Mr. Sondergaard said.

Social. The next stage of social computing is about mass-customer, mass-citizen, and mass-employee involvement with enterprise systems.

“With 1.2 billion people on social networks, 20 percent of the world’s population, social computing is in its next phase,” Mr. Sondergaard said. “IT leaders must immediately incorporate social software capabilities throughout their enterprise systems.”

“Information is the oil of the 21st century, and analytics is the combustion engine,” Mr. Sondergaard said. “Pursuing this strategically will create an unprecedented amount of information of enormous variety and complexity. This is leading to a change in data management strategies known as big data. This creates what we call a Pattern-Based Strategy architecture. An architecture that seeks signals, models them for their impact, and then adapt to the business process of the organization.

Mobile. The shift to mobile is almost overtaking many IT organizations who can’t move fast enough to catch up. Mobile is not a coming trend. It has already happened. In 2010, the installed base of mobile PCs and smartphones exceeded that of desktop PCs.

Less than 20 million media tablets, such as the iPad, were sold in 2010, but by 2016, 900 million media tablets will be purchased – one for every eight people on earth. By 2014, the installed base of devices based on lightweight mobile operating systems, such as Apple’s iOS, Google’s Android, and Microsoft’s Windows 8 will exceed the total installed base of all PC-based systems.

“That’s incredible change, not only for individuals. It requires IT to re-imagine the way it provides applications,” Mr. Sondergaard said. “By 2014, private app stores will be deployed by 60 percent of IT organizations. The applications themselves will be redesigned – they will become context-enabled, understanding the user’s intent automatically. Mobile computing is not just the desktop on a handheld device. The future of mobile computing is context-aware computing.”

“The impact of these forces will make architectures of the last 20 years obsolete,” Mr. Sondergaard said. “Together, they force the issue – they drive us to create the post-modern business, drive simplicity and force creative destruction.” 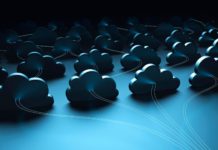