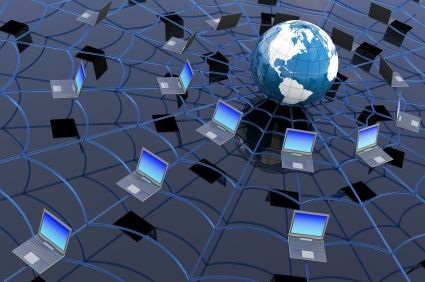 One year ago, International Data Corporation (IDC) predicted that the IT industry’s next dominant platform, built on mobile computing, cloud services, social networking, and big data analytics technologies, would begin its transition into the mainstream. Today, spending on these technologies is growing at about 18% per year and is expected to account for at least 80% of IT spending growth between now and 2020. With future market revenues at stake, IDC predicts that 2012 will be marked by some of the first high-stakes battles as companies seek to position themselves for leadership in these critical and fast-growing technology areas.

“The industry’s shift to the 3rd Platform will accelerate in 2012, forcing the industry’s leaders to make bold investments and fateful decisions,” said Frank Gens, senior vice president and chief analyst at IDC. “Companies like Microsoft, HP, SAP, RIM, and others – including Apple – will face ‘crossroads moments’ in 2012. By the end of the year, we should have a good idea which vendors will – and won’t – be among the industry’s leaders at the end of the decade.”

Overall, IDC predicts that worldwide IT spending will grow 6.9% year over year to $1.8 trillion in 2012. As much as 20% of this total spending will be driven by the technologies that are reshaping the IT industry – smartphones, media tablets, mobile networks, social networking, and big data analytics. Meanwhile, emerging markets (defined as all markets except North America, Western Europe, Japan, Australia, and New Zealand) will drive more than half of all IT spending growth worldwide in 2012, led by the BRIC countries (Brazil, Russia, India, and China) and a handful of other fast-growing markets like Indonesia, Vietnam, and Saudi Arabia. The growing importance of these markets is reflected in IDC’s prediction that China will surpass Japan as the world’s second largest IT market sometime in the course of the year.

2012 will also be the Year of Mobile Ascendency as mobile devices (smartphones and media tablets) surpass PCs in both shipments and spending and mobile apps, with 85 billion downloads, generate more revenue than the mainframe market. The mobility market will see heated competition in 2012 as Microsoft joins the crucial battle for dominance in the mobile operating system (OS) market and the Kindle Fire challenges the iPad in the media tablet market. Similarly, a host of new mobile devices with “good enough” capabilities (think “smartphone lite”) will challenge the current device leaders on price and functionality in key emerging markets like China, India, Indonesia, and Brazil.

Competition will also characterize the world of cloud services in 2012 as the strategic focus shifts from building infrastructure to the creation of application platforms and ecosystems. Here the battle for enterprise platform dominance is just getting underway with established players like IBM, Microsoft, and Oracle facing serious challenges from Amazon, Google, Salesforce.com, and VMware. As evidence of this challenge, IDC expects Amazon Web Services to exceed $1 billion in cloud services business in 2012 with Google’s Enterprise business to follow within 18 months. IDC also expects a merger and acquisition (M&A) feeding frenzy as these companies seek to gain a competitive edge. Look for Microsoft to buy a content/media cloud, like Netflix, to provide a marketplace for its apps and content. Other prime targets for acquisition include Cloud Application/SaaS companies, like Workday, NetSuite, and Taleo.

Social networking technologies – especially where they are being accelerated by mobile technologies – will be recognized as a mandatory component in every major enterprise IT vendors’ strategy. As a result, IDC expects a number of major IT vendors to make “statement” acquisitions in social business while others continue to expand their community platforms. Companies like LinkedIn, Spigit, BrightIdea, Attensity, and Lithium are logical acquisition targets for Microsoft, IBM, and Oracle. Meanwhile, Facebook will attempt to leverage its consumer dominance into a broader role serving as the business-to-consumer platform of choice.

Finally, Big Data will earn its place as the next “must have” competency in 2012 as the volume of digital content grows to 2.7 zettabytes (ZB), up 48% from 2011. Over 90% of this information will be unstructured (e.g., images, videos, MP3 files, and files based on social media and Web-enabled workloads) – full of rich information, but challenging to understand and analyze. As businesses seek to squeeze high-value insights from this data, IDC expects to see offerings that more closely integrate data and analytics technologies, such as in-memory databases and BI tools, move into the mainstream. And, like the cloud services market, 2012 is likely to be a busy year for Big Data-driven mergers and acquisitions as large IT vendors seek to acquire additional functionality.

In addition to key developments in mobile, cloud, social business, and big data, IDC predicts that 2012 will be a notable year in a number of other areas:

“Even though the IT industry will follow along the same transformational path as it did in 2011, the events, the choices, and the stakes will be very different in 2012,” added Gens. “The urgency to act – and to make the right decisions – will dramatically increase. By the end of 2012, we should be able to see much more clearly which players have successfully positioned themselves in the ‘lead pack’ of the marathon-like race for industry leadership in the decade ahead.”