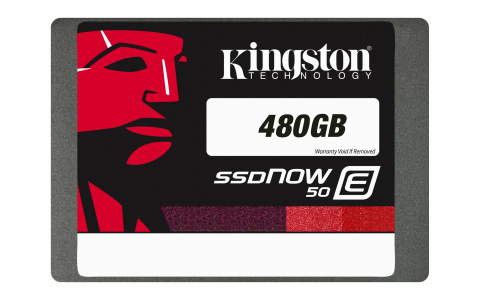 VMworld 2013 US
Kingston Digital, Inc., the Flash memory affiliate of Kingston Technology Company, Inc., the independent world leader in memory products, today announced the SSDNow E50, the company’s latest enterprise-class solid-state drive (SSD). SSDNow E50 enables performance-focused organizations that do not have heavy endurance needs to obtain the same enterprise-level performance as Kingston’s SSDNow E100 but at a more cost-effective price point. A leader in memory solutions since 1987, Kingston® will exhibit at VMworld (Booth 1647) to showcase the new drive.

SSDNow E50 features advanced data integrity protection via DuraWrite™ technology that extends the life of the SSD by effectively and efficiently reducing the number of Flash writes via an intelligent compression engine without sacrificing data integrity. RAISE™ reduces the number of uncorrectable errors in the drive, over and above standard error code correction. SSDNow E50 surpasses competitive market offerings with its robust intelligent power failure protection to prevent data loss in the event of a power outage or interruption.

“We found that there was a demand within our customer base and partner community for an SSD that offers enterprise-strength reliability and superior features but with lower endurance capabilities and associated costs,” said Ariel Perez, SSD business manager, Kingston. “Based on this feedback, we developed SSDNow E50 and are pleased to further expand Kingston’s SSD family to support the evolving needs of our customers and partners.”

Kingston is celebrating 25 years in the memory industry. The company was founded on October 17, 1987, and has grown to become the largest third-party memory manufacturer in the world. The 25th anniversary video can be found here along with more information, including a timeline of Kingston’s history. In addition, HyperX memory is celebrating its 10th anniversary. The first HyperX high-performance memory module was released in November 2002.
[table id=17 /]
[table id=18 /]