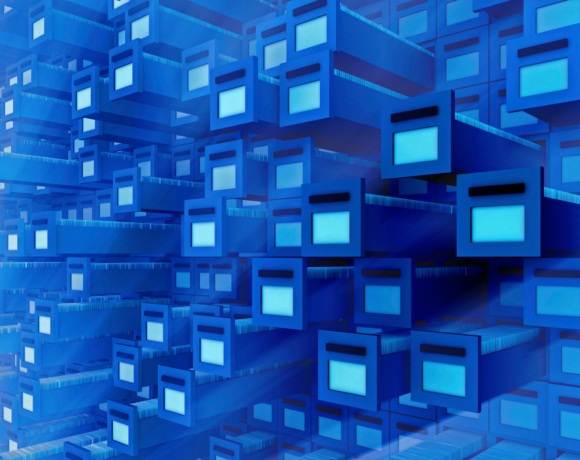 Citrix Synergy 2014
Nexenta (@Nexenta), the global leader in Software-Defined Storage (#softwaredefinedstorage) (SDS), today introduced NexentaConnect for Citrix XenDesktop®. The announcement was made as part of Nexenta’s presence at Citrix Synergy™, the premier mobility conference for organizations seeking solutions that empower people with new ways to work – anywhere, anytime, on any device.

The edition for XenDesktop of the award-winning NexentaConnect virtual storage accelerator gives virtual desktop administrators the ability to accelerate the performance of their organization’s desktops on new or existing storage arrays, while providing greater density at a much lower price point. The NexentaConnect solution reduces the amount of storage required for a XenDesktop deployment, provides real-time visibility and management of individual desktop users using storage resources, and drives down the cost per desktop.

Legacy storage solutions typically consume a vast amount of resources in VDI deployments. IT decision makers have been challenged to find the right storage configuration – one that isn’t too expensive, complex, time-consuming or slow. The solution is often to add more hardware, buy one-off arrays for VDI or deploy an all flash system – such alternatives drive up the cost of VDI deployments and compromise IT budgets everywhere. With NexentaConnect for XenDesktop, virtual desktop administrators can integrate storage and desktop management for XenDesktop Machine Creation Services (MCS) without purchasing complex and expensive hardware.

“Our customers are looking for solutions that simplify storage administration and help keep costs in line,” according to Dario Ferreira, Executive Vice President at Centrinet Corporation. “The combination of Nexenta and Citrix technology gives virtual desktop administrators the means to accelerate performance, provide greater desktop density, and keep TCO in line.”

“Any solution that can simplify our storage management strategy without forcing us to throw more boxes at the problem is going to be well received,” according to Doug Soltesz, Vice President CIO at Budd Van Lines. “The combination of XenDesktop and NexentaConnect means that performance, management, and TCO all improve.”

“Nexenta has developed a software-defined storage solution that is less complex and time-consuming to deploy and maintain. NexentaConnect provides XenDesktop customers cost-effective profile storage and disaster recovery to lower the overall costs by up to 30 percent per desktop for VDI deployments,” said Calvin Hsu, Vice President of Product Marketing at Citrix.

“It’s no secret that storage accounts for a large percentage of VDI costs,” according to Donna Taylor, Storage Research Director at IDC. “Given the growth in both VDI and cloud-based systems, IT departments are beginning to feel the impact of budget creep and are looking for alternatives.”

“The massively expensive storage system vendors have been obstructing the true promise of desktop virtualization for too long,” said Thomas Cornely, Vice President, Product Management at Nexenta. “Nexenta has solved the cost and complexity of VDI storage and desktop administration with NexentaConnect for XenDesktop. Virtual desktop administrators no longer have to throw more hardware at the problem.”