Learn more – www.infinitynetworks.net Businesses need to get the most out of their IT investments, and there aren't many better ways than leveraging the technology of virtualization. Virtualization is the practice of creating multiple instances of a technology solution on less physical hardware than may be thought to be needed. Your business may have more servers than you really need. Do you know how much memory or processing power your servers possess versus how much is actually used at any point in time? What do you do with all that idle technology? Without virtualization, it just sits there waiting to be used, but it probably never will be. Infinity Network Solutions wants you to reclaim that idle technology, and we'll help you do so with modern virtualization adoption. Server virtualization allows you to layer multiple virtual machines (servers) onto as few as one physical host (server). Using advanced software, we create independent environments for each of your servers to run. Having issues with only one server? No problem. You can diagnose, troubleshoot and even restart that server without any other virtual server being disturbed. If you want to take virtualization even further, start by looking at all those old desktops and laptops in your office. How many of those are you going to need to replace in the next year or two? How many would you replace now if you had the budget? Take those nice, new virtual servers you just deployed and make them handle even more of <b>…</b>

KN25: 100 to 1 — The Importance and Impact of Very Dense Virtualization. 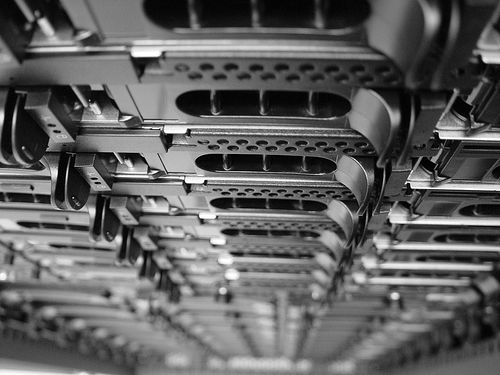