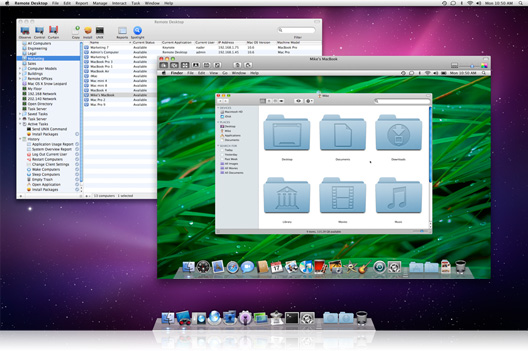 Aqua Connect, Inc., the leader in Mac Remote Desktop Services, today announced the release of its proprietary protocol Aqua Accelerated Protocol (AAP). The protocol was designed to work with the Aqua Connect line of products for Apple hardware running OS X. Designed by an in-house team of developers, the protocol enhances the feature set and performance of remote desktop sessions for OS X.

Aqua Connect was the first company to license Microsoft’s Remote Desktop Protocol (RDP) for OS X Server in 2008. RDP support has been instrumental in the worldwide adoption of Aqua Connect’s products, but the protocol had some specific limitations on Mac OS X. With AAP, Aqua Connect is no longer restricted by the limitations of other protocols.

“For the first time we have a platform that extends the Mac’s native multimedia capabilities to remote users over constrained bandwidths,” said Joseph Cohen, CTO of Aqua Connect, Inc. “This is the realization of a vision for Remote Desktop Services for OS X that we have been striving for since 2008.”

Aqua Accelerated Protocol provides RSA 2048-bit TLS base encryption and is FIPS 140-2 capable. This level of encryption surpasses RDP and the unencrypted VNC protocol. In addition to security enhancements, AAP also provides universal local printing support without having to install specific drivers on the server. Command keys are also mapped without any additional set up when utilizing AAP.

Where Aqua Connect Accelerated Protocol is most distinguishable is in the speed and performance of remote sessions. Compared to VNC, AAP provides a 2-1 data savings including audio playback that VNC does not support. With audio enabled, AAP provides a 5-1 data savings over RDP and with audio disabled on the client it provides a 10-1 data savings. Customers can expect full motion video and audio syncing at as little as 1Mbps download speed.

For a video demonstration of AAP, please visit the Aqua Connect YouTube channel for the latest videos regarding the release of the new protocol.