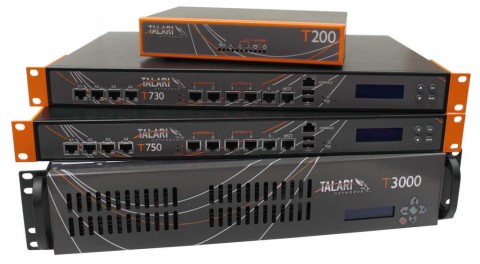 Equity Office uses a hub-and-spoke network configuration that hosts centralized business applications including real-time VoIP, interactive Citrix, and Exchange Mail. Prior to Talari, each office was connected via MPLS service by at least a single T-1 line, with several of the larger offices having two or three T-1s. Each office had a backup DSL link.

“Our network functioned reasonably well most of the time, but not always,” says Chavdar Momchev, director of voice and communications for Equity Office. “During MPLS outages while operating on DSL backup, we’d receive complaints because users were without sufficient access to the applications they needed to be productive.”

After researching several products, the company selected Talari because unlike competitive alternatives, Talari’s WAN Virtualization makes sub-second traffic engineering decisions on a packet-by-packet basis, which is especially critical for latency-sensitive applications like VoIP and video. Real-time VoIP packets are given priority over other types, such as email or file transfers, and are always transmitted over the path with the lowest loss and jitter characteristics.

The new WAN with Talari’s WAN Virtualization ensures that when one link fails, remaining links in the “virtual network” pick up the slack to ensure that outages don’t impact users.