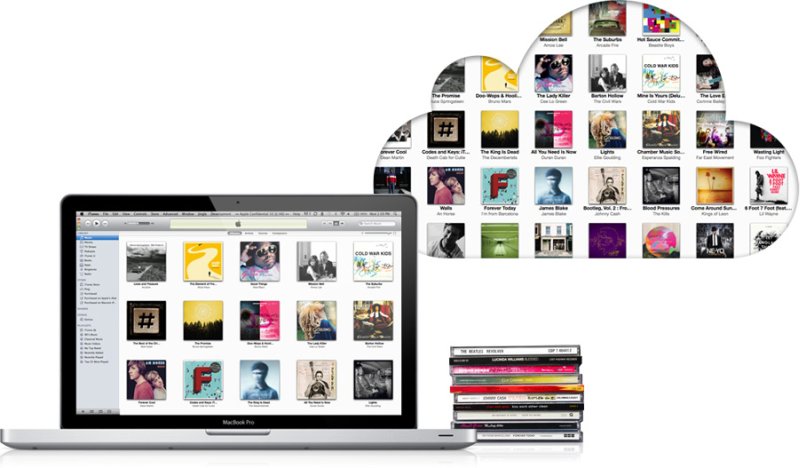 Apple chief executive Steve Jobs has interrupted his medical leave to unveil a free service called iCloud that stores music, photos and other content on the Web and shares it across multiple devices.

Jobs and other top Apple executives also gave developers a preview of the next generation of Lion, the software that powers Macintosh computers, and iOS 5, the latest mobile operating system for the iPhone, iPad and iPod Touch.

But the highlight of the event was Apple’s long-awaited iCloud service, which eliminates the need to hook up a cable to transfer files between Apple devices.

“Keeping these devices in sync is driving us crazy,” Jobs said to cheers from the audience of more than 5,000 software developers. “We think the solution is our next big insight.

“iCloud stores your content in the cloud and automatically pushes it to all your devices,” he said.

Apple’s “iTunes in the Cloud” shares music bought through iTunes across Apple devices while a Photo Stream service does the same with pictures.

For music not bought through iTunes, Apple is offering a service called “iTunes Match” for $24.99 a year that matches music ripped from CDs in a subscriber’s personal music collection and makes it available online.

“Chances are awfully good that we’ve got the songs in the store that you’ve ripped,” Jobs said in a reference to the 18 million songs in iTunes.

“The other guys, you’ve got to upload your whole music library,” he added in a jab at rival cloud music services introduced by Amazon and Google. “That’s gonna take weeks.”

“Apple’s talking about an entire ecosystem,” he said. “What they presented today was from a software platform perspective an entire vision of the future of the digital consumer all tied together by cloud service offerings.”

Jobs, dressed in his trademark black pullover and blue jeans, took the stage to a standing ovation shortly after the music sound system blared out the James Brown hit “I Feel Good.”

Jobs appeared frail but relatively healthy in his first public appearance since March, when he unveiled the iPad 2.

Jobs, who underwent a liver transplant two years ago and has fought pancreatic cancer, was making just his second public appearance since going on medical leave in January with an unspecified illness.

Jobs and other Apple executives took potshots at the personal computer during Monday’s event, promoting Apple’s ecosystem of mobile devices over the PC.

“We’re going to demote the PC to just being a device,” Jobs said, instead of the center of a user’s life.

With the new version of iOS 5, for example, a personal computer would no longer be needed to set up and activate an iPad and software updates will be delivered wirelessly.

“With the new iPad we’re ushering in the post-PC world,” said Scott Forstall, senior vice president of iPhone software. “Now if you want to cut the cord, you can.”

Besides iCloud, Apple also unveiled a new iMessage service that lets users send text messages, photos and videos between Apple devices and Newsstand, a bookshelf for newspaper and magazine subscriptions that updates automatically with the latest issue.

A camera icon on the iPad now lets users open the camera directly from the lock screen and the volume-up button can be used to take a picture.

Apple said iCloud will be available this fall with the release of iOS 5 and will provide five gigabytes of free cloud storage for mail, document storage and backup.

Music, applications, books and photos do not count against the storage limit.

Lion will be available as a download in July for $29.99, considerably cheaper than the $129 charged for previous upgrades.