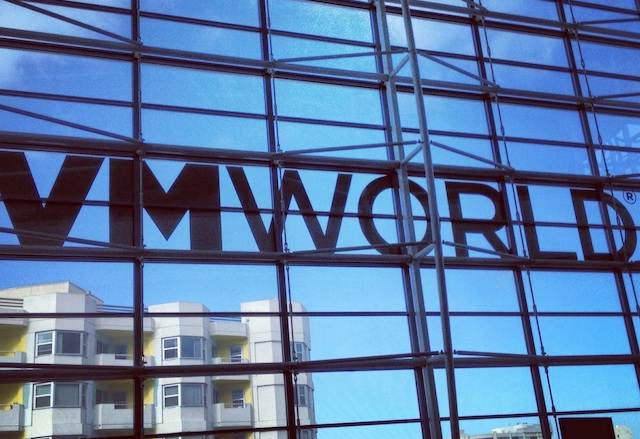 VMworld US 2012
Virtual blind spots continue to be a major network visibility challenge for security and network engineers. Last week, VMworld® attendees confirmed that network monitoring, even in virtual environments, continues to be a challenge in protecting the security and performance of their networks.

A survey conducted by Ixia (Nasdaq: XXIA) of more than 150 attendees at VMworld 2012 found that 86% of respondents preferred to gain visibility via native capabilities provided by VMware and/or Cisco, instead of purchasing additional Virtual TAPs, or vTAPs, from third-party vendors. This functionality, along with a network monitoring switch such as Ixia’s Anue Net Tool Optimizer® (NTO), provides packet-level data to proven, trusted monitoring appliances.

Identifying The Virtual Blind Spots
“IT professionals understand the need for end-to-end visibility into their networks, but often do not realize the blind spots inherent in virtualization projects until it’s too late,” said Larry Hart, vice president of marketing and strategy, Ixia Network Visibility Solutions. “The market is full of so-called solutions to this problem, but our survey shows that these professionals want to use the proven monitoring tools they already own and trust.”

Even in virtualized environments, a company’s security, application, performance and compliance professionals need access to packet-level data to perform accurate monitoring and troubleshooting. While some vendors have offered tools that TAP traffic between virtual servers, this requires an additional and unnecessary expense and costly overhead on server compute resources. A more cost-effective option is to use the capabilities provided by vendors such as VMware and Cisco to acquire information from a virtual environment for analysis.

About Ixia’s Anue Net Tool Optimizer
Ixia’s Anue NTO provides complete network visibility into both physical and virtual networks, making it ideal for VMware and other virtualization environments. The Anue NTO can be used as an aggregation platform to provide packet-level data to all analysis tools, ensuring each tool gets exactly the physical and virtual data it needs for end-to-end network visibility.